Should We Believe in the Virgin Birth? 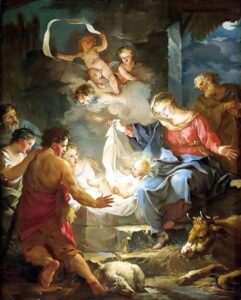 Many folks in the modern world readily dismiss the supernatural elements of the Bible. In a culture which believes philosophy has done away with the very possibility of miraculous events occurring in the real world,[1]The arguments of the eighteen century Scottish philosopher Dave Hume are often cited in support of the modern rejection of the miraculous. See the thorough and devastating (one might be tempted to … Continue reading the New Testament, with its miraculous accounts of the life of Jesus, is sometimes considered hard to take at face value. Such skepticism becomes particularly acute during those times of the year when we celebrate events in the life of Christ that center in the miraculous. Such as Christmas with its virgin birth.

Of the miracles surrounding the life of Jesus, the virgin birth has received particularly bad press it seems. Oddly enough, even some who would affirm a smattering of Jesus’ miracles and even his bodily resurrection still can’t seem to bring themselves to believe the story of the virgin birth. Is the biblical account of the virgin birth on sound historical footing? Or should it be dismissed as a quaint story which is fun to tell and perhaps even inspiring, but certainly outside the realm of history?

I think there are two strong reasons we should take the story of the virgin birth more seriously that it generally is. Both of these reasons are based in the critical methodologies of historical Jesus studies.

The Criterion of Embarrassment

In historical Jesus studies one of the methods scholars attempt to use to try to discover what material about Jesus in the Gospels is historical is the criterion of embarrassment. The reasoning is simple. If someone tells you an embarrassing story about themselves, that story is likely to be true.[2]J. P. Moreland, Scaling the Secular City: A Defense of Christianity (Grand Rapids, MI: Baker Book House, 1987),  146-147; cf. R. T. France, “Mark and the Teaching of Jesus,” in Studies of … Continue reading Now we may not consider a story of a virgin birth all that embarrassing. Except for the simple fact that it raises suspicion. We all know where babies come from. Not storks. Not birds and bees. And certainly not virgins. So if one were going to fabricate a story about a virgin birth, they would have to contend with the very real possibility that no one would believe them. People would likely explain a virgin birth the good old fashion way. And in the case of a young, unmarried girl in first century Palestine the natural assumption would be that she had been unfaithful rather than that she had miraculously conceived.[3]Cf. Michael L. Brown, New Testament Objections, vol. 4 of Answering Jewish Objections to Jesus (Grand Rapids, MI: Baker Books, 2007), 70-74; Raymond E. Brown, The Birth of the Messiah: A Commentary … Continue reading

This was in fact what happened. The Babylonian Talmud records the rabbinical response to the stories of Jesus’ virgin birth. The Talmud claims that Jesus was not born of a virgin (parthenos) but of an adulterous relationship with a Roman solider named Panthera (Shabbat 104b, Sanhedrin 67a).[4]Josh McDowell, Evidence That Demands a Verdict: Historical Evidences for the Christian Faith, vol. 1 (San Bernardino, CA; Here’s Life Publishers, 1979), 85; Josh McDowell and Bill Wilson, … Continue reading There may be earlier echoes of this charge in John 8:41 where the Jews say to Jesus, “We were not born of sexual immorality.”[5]This is debated. See Brown, The Birth of the Messiah, 541-542. A story about a virgin birth naturally opens one up to such a response. Therefore it would be strange to create such an account as a way to enhance someone’s reputation. For the skeptical world, it has precisely the opposite affect.

There is one small rub here, however. Someone may make up an embarrassing story as a way to cover up an even more embarrassing story. So, the reasoning goes, the Christian community may very well have created the story of a virgin birth in order to answer a previously circulating charge of illegitimacy leveled against Jesus. There are two reasons to think things did not develop along this path, however. First, Matthew and Luke are simply earlier than any of the other sources which explicitly charge illegitimacy. It appears very much like these later sources are responding to the virgin birth story with a naturalistic (and polemical) explanation.[6]Cf. Brown, New Testament Objections, 73. Second, we know how the Gospel writers interact with arguments circulating against Christian belief (see for example Matt. 28:11-15; Luke 11:14-19). The narratives of the virgin birth betray no hint of interacting with or responding to a previously formulated accusation of illegitimacy. That accusation came later.

The Criterion of Multiple Attestation

Critical scholars are more likely to accept as historical an event in the life of Jesus if it is mentioned by more than one witness.[7]Robert H. Stein, “The ‘Criteria’ for Authenticity,” in Studies of History and Tradition in the Four Gospels, vol 1 of Gospel Perspectives, eds. David Wenham and R. T. France (Eugene, … Continue reading This also makes sense. If I come and tell you an amazing story you may not be likely to believe me. But if another friend comes and shares essentially the same story with you, you become more likely to accept it as true. Even if it is somewhat unusual.

The story of Jesus’ virgin birth is recorded for us in two of the Gospels—Matthew and Luke. And here is the important point. The accounts of the birth of Jesus in Matthew and Luke are so distinct from one another that critical scholars regard them as independent.[8]Brown, The Birth of the Messiah, 34, 159, 514-515 n.3. That means Luke didn’t fashion his account of the birth of Jesus on Matthew and Matthew didn’t use Luke as a source either. But both of them—independently—recount a story of a virgin birth. This means that whatever else the story of the virgin birth was, it was fixed Christian belief considerably before the Gospels were written down.[9]Raymond Brown sees Matthew and Luke both drawing from an earlier Christian tradition (The Birth of the Messiah, 34, 159, 525). Since Matthew and Luke are generally regarded as coming from very distinct Christian communities, this belief also seems to have been relatively widespread.[10]Contra Brown, The Birth of the Messiah, 521. It spanned the divide between the Jewish audience to whom Matthew wrote and the Greek audience to whom Luke wrote. It was this independence that led higher critical scholar Raymond Brown—who was more than willing to dismiss the historicity of events in the birth narratives on the thinnest of suspicions—to conclude that although we certainly can’t prove the historicity of the virgin birth given the state of the evidence, historicity makes much more sense of the evidence that we do have.[11]Brown, The Birth of the Messiah, 527-528, 698-699. Brown’s counterbalancing argument is quite weak;[12]He seems primarily concerned that we only find mention of the virgin birth in Mathew and Luke (The Birth of the Messiah, 518-521, 525-526, 698-700). How often should we have expected the first … Continue reading so we would contend that his tentative fifty-one percent vote in favor of historicity should have been and could have been much stronger.