Mapping Biblical Geography: Does the Bible Teach a Flat Earth? 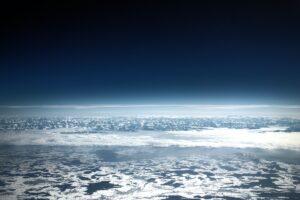 If you have been in and around the Internet for any period of time you likely have been exposed to videos or articles claiming that our modern understanding of cosmology is wrong and the earth is indeed flat. These pieces attempt to marshal a series of scientific arguments within the overall framework of a vast conspiracy theory in order to try to demonstrate that the earth is indeed flat rather than round. They also appeal to Scripture to back up their view. At the core of much flat-earth thinking is the conviction that the Bible presents this particular cosmology.

This is a disturbing claim for those of us who accept the overwhelming modern scientific evidence for a round earth. Because if it could be shown that the Bible unequivocally teaches something different at this point than what we know from science we would have to rethink our position on inerrancy. I realize that many folks who hold to a flat-earth view do so out of respect for the Bible. They feel the Scriptures present things in this way and, therefore, the Bible needs to be the final authority no matter what science tells us. I applaud their devotion to Scripture. I’m just not sure that their interpretation is correct.

One of the things we need to keep in mind at the very outset is that the Bible does not always use the word “earth” the same way that we do. When a round-earther speaks of the earth they mean the entirety of the three dimensional globe that they believe constitutes the shape of the earth. When a flat-earther uses the word earth they mean a flat plane that comprises the land and the sea. (Side note: these are not the only two options. There are even concave-earthers who believe the surface of the earth is curved in the other direction so that we live inside a giant spherical shaped object that encloses the sun and stars in the center of it.) But there is something interesting to notice about how the Bible sets up its definition of the term “earth” in Genesis 1:9-10: “And God said, ‘Let the waters under the heavens be gathered together into one place, and let the dry land appear.’ And it was so. God called the dry land Earth, and the waters that were gathered together he called Seas.”[1]Scripture quotations are from The Holy Bible, English Standard Version, copyright © 2001 by Crossway Bibles, a publishing ministry of Good News Publishers. Used by permission. All rights reserved. The important thing to notice here is that the term “earth” did not include the seas. It was about the “dry land” mentioned in the first part of the verse. This is different than the way that everyone uses this terminology today. Both round-earthers and flat-earthers would include the sea as well as the dry land in their definition of “earth.” This should alert us at the get-go that the Bible is not providing a definitive answer to the shape of the planet that we are on.

It is true that at times the Bible presents the earth as if it were something like a two dimensional plane. This is not necessarily a problem for the round-earth view, however, because a plane can be flat, concavely curved, or convexly curved. (You can try this with just a piece of paper. It is a plane and you can lay it flat, or curve it down, or curve it up. With either curvature or no curvature at all, it is still a plane.) And when we realize that the Bible is not necessarily referring to the entire planet but to the land masses on which we live, this is not an inapt description of “earth” even if “earth” in the biblical sense of the word ends up being the land mass surfaces that are curved around a globe. Round-earth scientists would call this the crust of the earth (or more accurately this would be the part of the crust that is above sea level). So there is not necessarily a contradiction here between the language of the Bible and any of the proposed views for the shape of our planet.

There are some specific expressions in Scripture to which flat-earthers have appealed, but when we look at the way those expressions are used throughout Scripture they do not end up supporting a flat earth view. We will limit ourselves to one example here, the biblical language about the “ends of the earth.”

If the expression “the ends of the earth” really supports a flat-earth cosmology, then what do we do with Psalm 61:1-2? “Hear my cry, O God, listen to my prayer; from the end of the earth I call to you when my heart is faint.” The psalmist places himself at the end of the earth. Surely he did not think that where he was standing was the literal edge of the world. And in Matthew 12:42 we are told that the Queen of Sheba “came from the ends of the earth to hear the wisdom of Solomon…” The Jews knew there was more land beyond Sheba.

I am tempted to point out that even if our planet is a globe, the land masses on which we live do in fact have edges and an end—at the coasts, where the land meets the sea. I would be quick to point out, however, that that is not the meaning of the phrase in most places in the Bible and probably not even in Isaiah 41:5. As I said, it is just an expression for the farthest reaches of the inhabited world. It’s an expression of distance not a comment about the shape of the planet.

Similar issues arise with other expressions in Scripture that flat-earthers appeal to in order to defend their proposed cosmology, but all of these are also being read outside their cultural and/or literary context just like the expressions “the earth” and “the ends of the earth” as we saw above. I would be happy to tackle any of these other expressions a reader would like to propose. But this is sufficient for now to show that the Bible does not (necessarily) teach a flat earth.