Leaving Behind Left Behind Eschatology 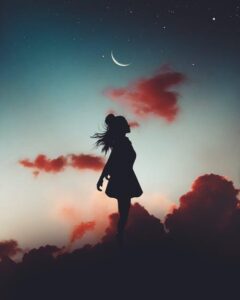 Here is the context of Jesus’ statement in Matt 24: “For as in those days before the flood they were eating and drinking, marrying and giving in marriage, until the day when Noah entered the ark, and they were unaware until the flood came and swept them all away, so will be the coming of the Son of Man. Then two men will be in the field; one will be taken and one left. Two women will be grinding at the mill; one will be taken and one left” (Matt 24:38-41, emphasis added). The context is being taken away in judgment. This becomes even more clear in Luke’s account: “‘I tell you, in that night there will be two in one bed. One will be taken and the other left. There will be two women grinding together. One will be taken and the other left.’ And they said to him, ‘Where, Lord?’ He said to them, ‘Where the corpse is, there the vultures will gather’” (Luke 17:34-37, emphasis added). When Jesus tells his disciples that one will be taken and one left, the disciples ask him where those who are taken will be taken. Jesus does not tell them that they are being raptured out of the world to meet him in the sky. No, he responds with the metaphor of vultures surrounding dead bodies—a saying that clearly points to judgment.[4] So not only is this passage not about a secret rapture, it is not about the rapture at all. It is about the sudden an unsuspecting destruction of unbelievers. The context makes this clear. Dispensational premillennialism ignores Jesus’ answer, lifts the verses out of their context of judgment, and applies them to a secret rapture of the church.

But what about passages that do speak of the rapture? Do they provide any support for the idea that it will be a secret event in advance of the second coming proper? Let’s examine them. The most explicit passage on the rapture in the Bible is 1 Thessalonians 4:13-18 where Paul tells us:

But we do not want you to be uninformed, brothers, about those who are asleep, that you may not grieve as others do who have no hope. For since we believe that Jesus died and rose again, even so, through Jesus, God will bring with him those who have fallen asleep. For this we declare to you by a word from the Lord, that we who are alive, who are left until the coming of the Lord, will not precede those who have fallen asleep. For the Lord himself will descend from heaven with a cry of command, with the voice of an archangel, and with the sound of the trumpet of God. And the dead in Christ will rise first. Then we who are alive, who are left, will be caught up together with them in the clouds to meet the Lord in the air, and so we will always be with the Lord. Therefore encourage one another with these words.

The first thing that strikes me about these verses is that this appears very much to be a public event rather than a secret coming. According to this passage there are these presumably very public phenomenon that accompany the rapture: the Lord Jesus descends from heaven, there is a cry and a trumpet sound, and the dead bodies of believers are raised to life out of their graves. This is not the silent, quiet, secret coming of Jesus like that portrayed in the Left Behind series where suddenly all the Christians are gone—and no one knows why. To say that only believers will be able to see the Lord descending, that only believers will be able to hear the trumpet sound, that only believers will know that Christians who have died previously have been raised to life out of their graves, seems to me to stretch the limits of acceptable interpretation of this passage.

Rather it looks very much like this is the same glorious appearing of Jesus that is spoken of elsewhere in Scripture. For example, Matt 24:30-31 appears to describe the same event that Paul speaks of in 1 Thess 4: “Then will appear in heaven the sign of the Son of Man, and then all the tribes of the earth will mourn, and they will see the Son of Man coming on the clouds of heaven with power and great glory. And he will send out his angels with a loud trumpet call, and they will gather his elect from the four winds, from one end of heaven to the other.” We can even put these passages in parallel to one another like this:

What does this rapture look like then? How would the Thessalonians have understood it when Paul told them that they were going “to meet the Lord in the air”? This image would have been very familiar to them from their own cultural context. In the ancient world of the Thessalonians, when a Roman emperor or dignitary visited a colony or a city, like, say, Thessolonica, a welcome delegation would be sent out to meet the honored guest just outside the city and escort him in. The original Thessalonians would have read Paul’s comments in light of this custom because Paul uses the same term for meeting Jesus in the air that they would typically use to describe meeting such a visiting dignitary.[5] Paul sees the coming of Jesus as the ultimate imperial visitation and believers, both those living and those who have died, as the welcoming committee (so to speak) when he returns. This is the point Paul is making in 1 Thess 4.

So according to historic premillenialism (and I believe the Bible) the second coming looks like this. Jesus will descend in glory. Dead believers will be raised, and living believers will be transformed. We will all welcome the Lord in the air…and then escort him back to earth where he will establish his millennial reign.

[2]    Pastor Dean Linsky of CrossWay Church pointed out to me that secrecy is not a necessary component of the idea here. This is quite true. A Left Behind type rapture could take place publicly with the whole world witnessing believers meeting Jesus in the air. The essential part of the concept is that the second coming happens in two stages (a rapture followed by an interval followed by the glorious appearing). However, many dispensational premillennialists do in fact think of the rapture as taking place secretly; so I will continue to refer to a “secret rapture” throughout this post in reference to this event.

[4]    This also fits the overall context in Luke 17 where Jesus has also just mentioned the sudden destructions of the flood and Sodom and Gomorrah.

[5]    N. T. Wright, The Resurrection of the Son of God (Minneapolis, MN: Fortress Press, 2003), 217-218 (though I disagree with some of Wright’s treatment here, I believe him to be correct on this point). See also William Hendriksen, “Commentary on I Thessalonians,” in William Hendricksen and Simon J. Kistemaker, Thessalonians, the Pastorals, and Hebrews, New Testament Commentary (Grand Rapids, MI: Baker Academic, 2007), 119.